Estimating the time to extirpation of invasive Medfly 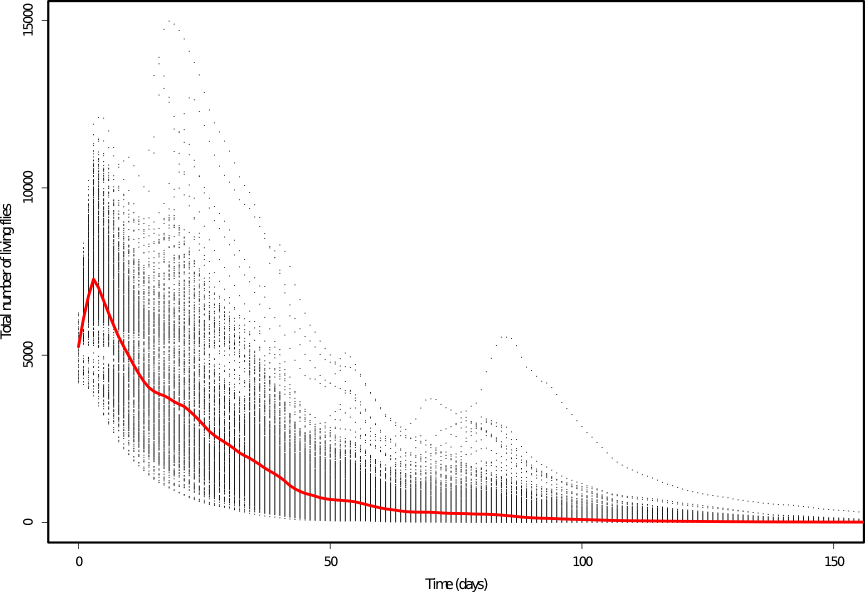 Ceratitis capitata, Medfly, is a major pest of fruit crops around the world. In many areas where it is not established it is seen to recurrently invade, such as in S. California. When Medfly is found in these areas by monitoring programs intensive and costly quarantine and population elimination measures are put into place (in California the latter includes insecticide spraying, host fruit stripping, increased trapping and increased Sterile Insect Releases). One important question is how long to maintain the quarantine after Medfly is no longer detected. Currently, officials rely on traditional deterministic degree-day modeling to estimate how long, given historical temperature profiles, it should take for three generations of Medfly to pass. Depending on where the find is made, a quarantine can last 9 months or longer.

We developed an Agent Based Simulation (ABS) that allows for increased specificity, realism and uniform margins of safety when estimating quarantine lengths. In addition to the ABS, we are simulating outbreaks using wild Medflies in my lab. For this we are stepping through the exact hourly temperature, humidity and photoperiod as measured during several recent outbreaks in California. We simply want to see how long the wild flies can live and how well that matches with our theoretical expectation. 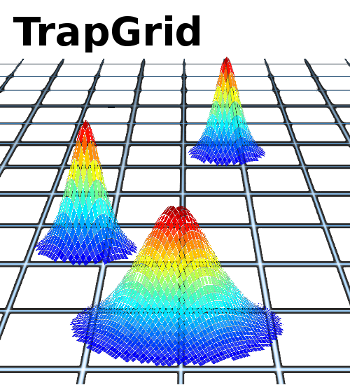 Recurrent invasions by medfly and other invasive pests occur globally. A key to extirpation is early detection. To this end, there exist large surveillance networks of traps to detect incursions of invading pests for many insects, for example over 30,000 traps to detect medfly in S. California alone, and there is a high-density trapping program for eradication of Lymantria dispar (Asian Gypsy moth) in New Zealand.

Commonly, traps for detecting these pests are deployed in a grid of cells: A trap density is determined (for example, 5 traps per square mile) and then traps are moved periodically within each cell to the sites believed to be most likely to result in catches of an invading or established pest. We are developing optimized trap networks targeting C. capitata and Bactrocera dorsalis for the entire Los Angeles Basin using machine-learning methods trained on historical detection data from California to optimize the placement of traps for maximum detection probability. 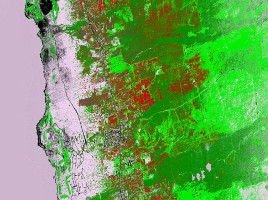 Coffee growers in Hawaii and Puerto Rico have recently been challenged by the introduction of a new invasive pest, the coffee berry borer (CBB) Hypothenemus hampei, first reported in Puerto Rico in 2007 and on Hawaii Island in 2010. The CBB spends the majority of its life cycle within the coffee berries where it is highly protected from control measures. Each attacking female may produce many progeny within a single coffee berry, increasing over 1-2 generations within a single bean before dozens of offspring emerge to attack more beans.

I am leading a comprehensive monitoring system backed by a network of sensors and GIS data integrated with ground data collection on farms within four coffee growing areas on three islands. This monitoring program is the primary scaffold that will enable research, outreach/technology transfer and assessment components by 1) serving as a baseline against which to compare IPM variations in nearby farms; 2) serving to parameterize the models in development to produce projections of CBB for ecologically diverse locations; and 3) serving as a natural experiment to help us understand how environmental factors affect CBB population dynamics at a fundamental level. 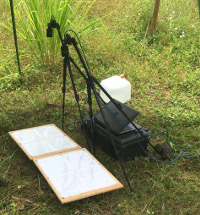 Though a lot is known about pest fruit fly behavior, some apects have remained stubbornly hard to measure. This includes the how and why they move over the landscape, and details on their attraction to semiochemicals. In my laboratory we are addressing both these questions using new approaches.

We have been successful in examining the time of attraction to cuelure by Bactrocera cucurbitae, the melon fly, by using a computer vision approach. We have used similar methods to examine the response of C. capitat to lures with and without insecticide, and also have run field trials of new lures to test the fine-scale behavioral response of individual flies to lures. We expect that these data will be important to bridging lure attraction to a trap capture.

The dance of An. gambiae in mating swarms

The reproductive behavior of male Anopheles gambiae is currently described in general terms: they form crepuscular swarms near markers of horizontal contrast, and mate recognition may be mediated by wing beat frequencies or through chemical cues. A more detailed view of this process and of differences between known subgroups (chromosomal/molecular forms) regarding male swarming behavior will significantly improve our understanding of natural selection and mate specificity in the field. Since early 2007 I have been working to localize and track individual mosquitoes within swarms in the field using stereoscopic video together with Dr. Tovi Lehmann and Malian collaborators at MRTC. Since 2009 we have been working closely with the Paley Laboratory at the University of Mayland aerospace engineering department to create a semi-supervised 3D tracking system.

The efficiency of interventions targeting malaria vectors might be improved by considering the population dynamics of the mosquito in a particular context. In the Bancoumana region, an area around the Niger River SW of Bamako, the dynamics of the mosquito population might be described as follows (from Baber et al 2010): "As rains diminish in November and December, larval habitats disappear and the environment becomes drier, so the population of mosquitoes in the larger inland village decreases to very few An. gambiae. At the same time, the Niger River retreats, leaving sandy pools in its river bed that sustain a population of mosquitoes in the thousands around the small fishing village. The riparian population persists throughout the dry season of December through April and is effectively contained to that village. Once the rains restart around May, movement of mosquitoes from the fishing village to the larger inland village allows the inland population to be seeded by a large number of migrants and grow quickly. That larger population can then be sustained by new local larval habitat created by the rains falling on mostly human-made ground cavities.." In some dynamical systems there may be a tipping point, which is a moment when a relatively small change might shift the system state into a different trajectory. The population of An. gambiae in and around Bancoumana might be such a dynamical system.

Chromosomal inversions and speciation in An. gambiae

[from description on taylor0.biology.ucla.edu] We have a long standing interest in the genetic and population structure of An. gambiae. In this area you will find short movies we have created that allow visualization of some of the major features of this structure around Banambani, Mali.
Project page
A video presentation describing this work has been published in JoVE (Journal of Visualized Experiments). You can view the presentation here.

With the growing population pressures on Africa, the continent has seen a large increase in the amount of irrigated crop land to feed its human population. Estimates of irrigated land area in Africa by 2020 are of about 15.9 million ha, a 30\% increase from 1990. This increase in irrigation may increase the frequency of vector-borne diseases such as malaria, making it an important public health question in sub-Saharan Africa.
The effect of irrigation on malaria transmission is not simple, however. Our studies on the ecology of An. gambiae in Niono reveal that transmission can decrease with increasing vector density, contrary to expectation. Please refer to the publications section for papers describing the results of this work.